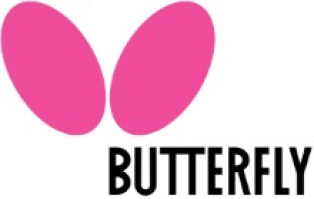 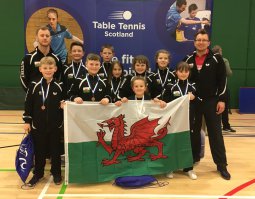 Wales women can hold their heads high after exiting the competition to the hosts Australia in a close encounter early this morning (UK time).

Charlotte Carey, Anna Hursey and Chloe Thomas fought through Sri Lanka yesterday 3-1 to set up a mouth watering clash against the higher ranked Aussie team. Earlier in the tournament India beat us 3-1 on match day 1.

Anna Hursey and Charlotte Carey combined well to win their doubles against the more experienced Indian pair, but this was all we could get from the current Silver medalists. Sri Lanka was an opportunity we had to take ad indeed we did. Charlotte opened up the proceedings with a fine win and Anna just lost out to their number 1. Anna then had to pick herself up and combine with Chloe to win the doubles with Charlotte completing a double to take victory.

Charlotte played extremly well to beat Jian Fang Lay (WR65) in the opening match but thats all we could get with Chloe losing her singles and doubles (with Anna) before Charlotte losing very close to Miao Miao.

Josh Stacey will start his event soom in the T6-10 singles and Anna, Charlotte and Chloe can all look forward to the individuals starting in a few days. 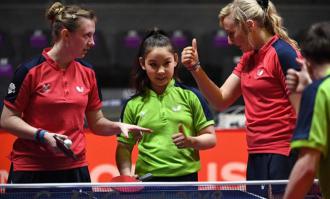 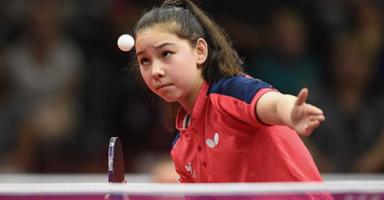 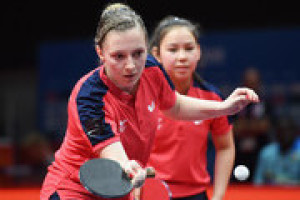 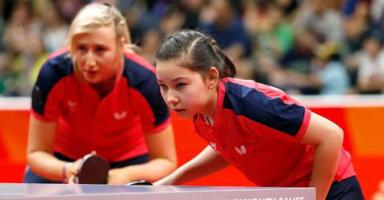 At an exciting time for Table Tennis Wales, we are currently seeking a Chair to drive the strategy and direction of the organisation.  Our vision is that table tennis in Wales will continue to be a growing and successful sport.

We are looking for an individual with an interest in the sport sector who has the skills and abilities that can effectively lead the sport including integrity, objectivity, accountability, openness, honesty, and leadership.

The Chair will lead and manage the Board of Table Tennis Wales and will be required to develop a vision, strategy and related policies in collaboration with the Executive Directors, staff and key volunteers.  We strongly recommend that potential applicants read the person specification/role description to understand the role, commitment and the skills and competencies we are looking for.

Table Tennis Wales is a company limited by guarantee and all Board Members are Directors of the company. Table Tennis Wales is committed to equality of opportunity and the formation of a balanced, inclusive and skilled board and we positively encourage applications from suitably qualified and eligible candidates regardless of race, disability, age, sexual orientation, religion or beliefs.

Acorn Executive search is our recruiting partner for this position and if you would like an informal discussion regarding this role then please contact either:

Please click apply and submit a CV with a supporting letter which sets out how you meet the person specification and your suitability for the role.

The U13 boys saw Evan O'connor beat Oscar Marriott in the final in the boys and Ruby Elliott defeating Elizabeth Evans in the girls.

Congratulations to all the winners 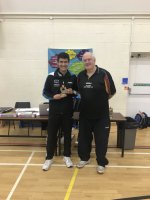 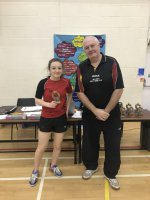 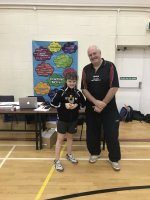 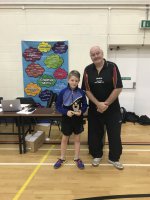 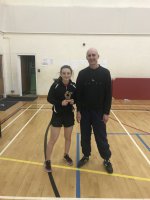 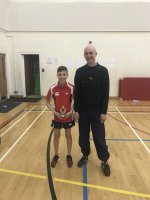 Chloe Thomas couldn't get through her group at the ITTF German Open World Tour losing to both her opponents on Tuesday.

First match of the day was versus Maria Xiao of Spain. After a close first set the WR88 Spaniard went away with the match winning the 3rd and 4th comfortable. The other group match was against the WR45 from Chinese Taipei, Hsien-Tzu Cheng. Another difficult obstacle to navigate for the Welsh number 2 as she lost out 0/4.

So it's onto the Commonwealth Games now...

check out all the information from Bremen on: 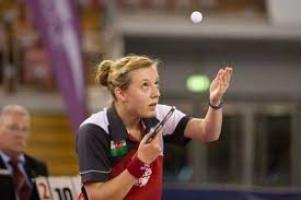 Chloe in action in Bremen